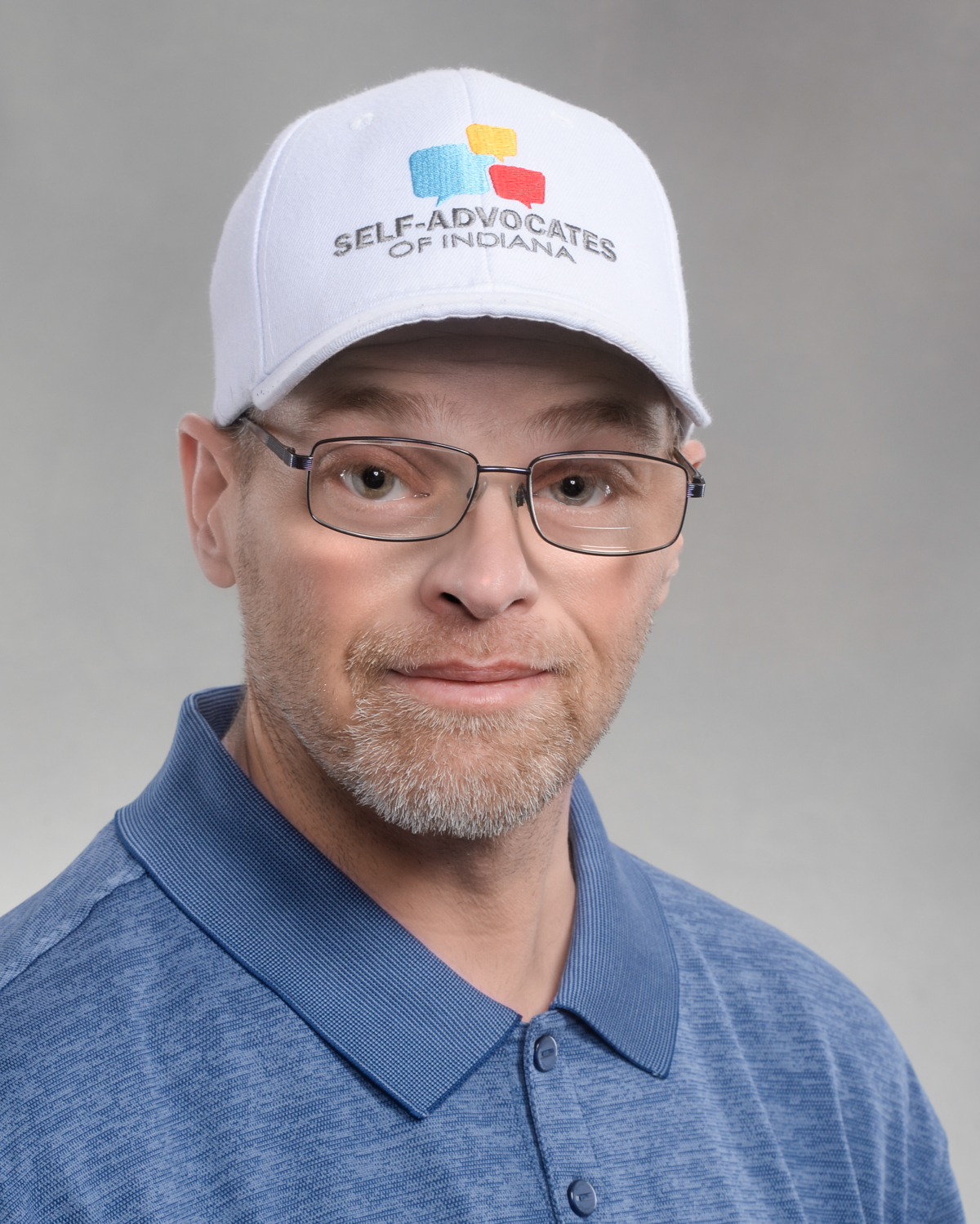 Shawn Fulton is the current President of Self-Advocates of Indiana. Shawn was elected by the Self-Advocates of Indiana Board of Directors in 2018, and is currently serving his first term.  As President, Shawn serves as a representative of SAI on committees, boards, and throughout Indiana. The SAI President leads the SAI Board of Directors and helps provide support to chapters and individual members. 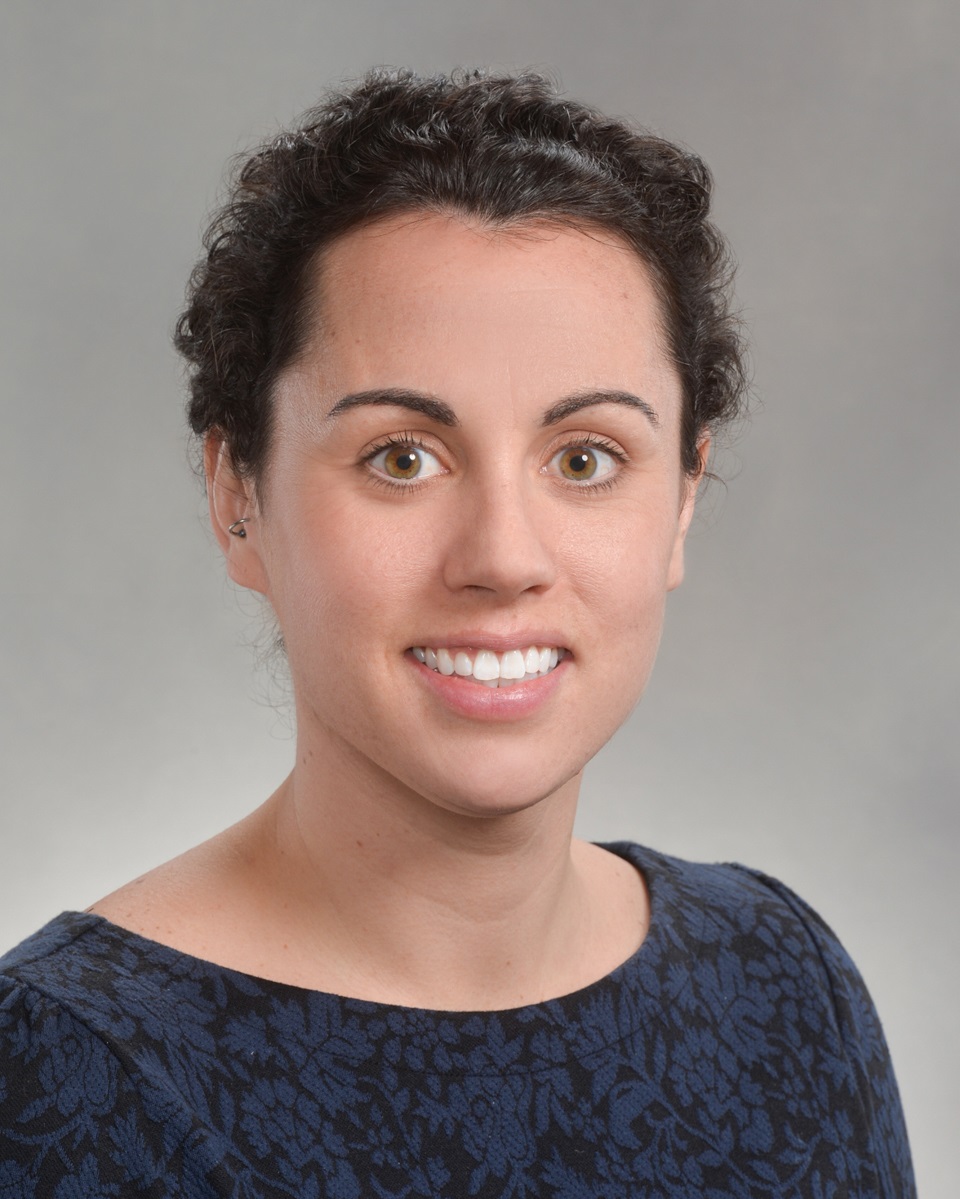 Jessica Kaneft offers support to the Executive Committee, Board of Directors, and chapters. Jessica also helps self-advocates communicate their message electronically, by newsletter, and as a co-representative at committee and advisory meetings. The administrator also serves as the go-to person for event planning, logistics, and scheduling for the SAI Board and Board President. 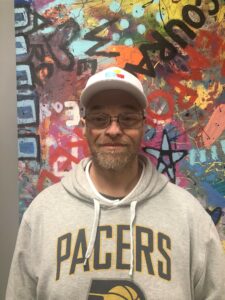 Shawn Fulton: I have participated in Self-Advocates of Indiana for almost seventeen years now. My first meeting was at Carey Services when one of my friends brought me along to a meeting. I was very shy at the first meeting and did not participate or speak up at all (which is surprising to anyone who knows me now). Through the meetings I learned about the power of self-advocacy and I began to speak up for what I wanted from my life. Within two years, I was an elected member of the executive committee. Before long, I became the President of my local chapter. As I learned more about self-advocacy and gained more confidence, my dreams and aspirations grew. In 2006, I began to attend the statewide meetings and quickly got elected to the SAI Board. Within the last two years, I have been elected President of SAI and I have gotten a full-time job with The Arc of Indiana as the Education and Training Coordinator. My dreams don’t stop there. I aspire to one day be the Assistant Executive Director at The Arc of Indiana. I feel honored to lead this wonderful group of self-advocates and hope to continue the legacy of both Betty Williams and Darcus Nims as we grow SAI throughout the state. 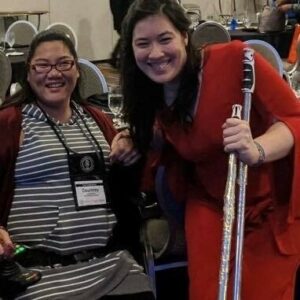 Courtney Clark: My first experience with self-advocacy was at the Building Leadership training hosted by the Indiana Institute on Disability and Community (IIDC) where Betty Williams spoke. I was only 19 at the time. After my first taste of self-advocacy, I was hooked! Betty and I spoke at that first workshop where she encouraged me to participate in self-advocacy on both a local and state level. On the local level, I was a founding member of the Awesome Westside Advocates (AWA) which was started in 2000. AWA started with just five members, but today they boast almost ten times that number. Some of my favorite local events included the Disability Awareness events, the Quaker Day Parade, the anniversary picnic, volunteering at the Girl Scouts’ Camp Dellwood, and the Tuesday Women’s group. I joined SAI on the state level in 2008, nearly twelve years ago. I love the annual SAI picnic where I get to see peers from all over the state. Each year at the picnic, we get together in a space where we are not defined by our disabilities or labels; we are free to be ourselves! I also really enjoy the educational opportunities including the recent trip to Nashville, Tennessee for the National Arc Convention. I’ve been on the Executive Committee for almost seven years, first as a Secretary and now as the Vice President. As the Vice President, I hope to continue the mission of SAI and to continue to bring self-advocacy to individuals with disabilities throughout the state of Indiana. 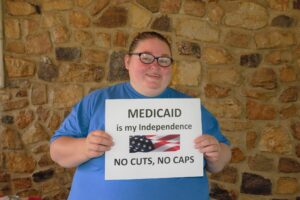 Nicki Hinkle: I was 18 years old when I started attending Self-Advocates of Indiana meetings with my Aunt Darcus. I was able to witness how passionate my aunt was about self-advocacy and quickly realized that I wanted to become a member of SAI. After Darcus passed away, I wanted to continue her legacy and I got more involved. Through my experience coming to board meetings, I began to form friendships with many of the self-advocates. I consider some of the members of SAI amongst my dearest friends. For the last five years I have acted as the Treasurer of the Board. I would like to continue to participate on the Board and hope to become President some day! I am especially enthusiastic about the growth of self-advocacy throughout Indiana as we add more chapters to our ranks. 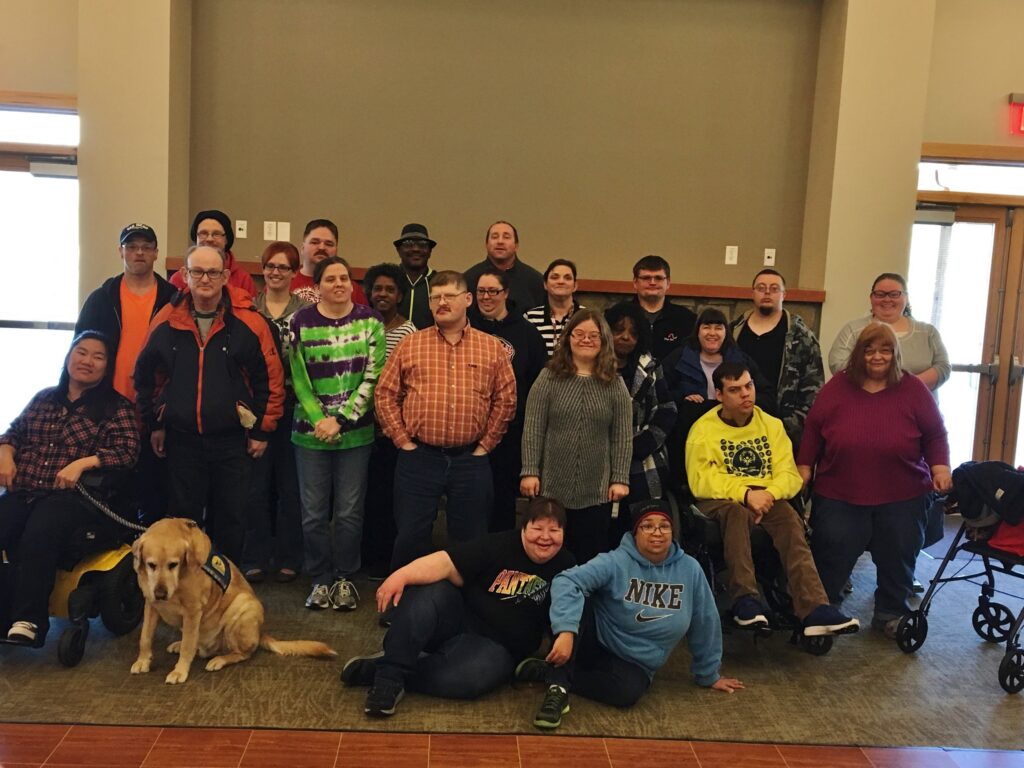 Who We Are
Our Leadership